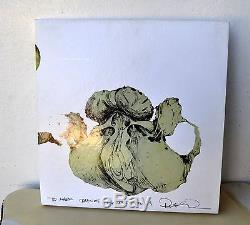 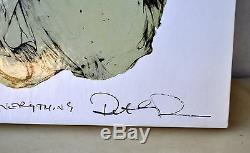 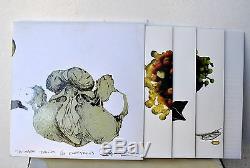 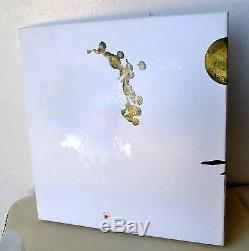 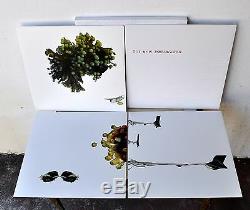 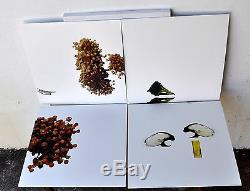 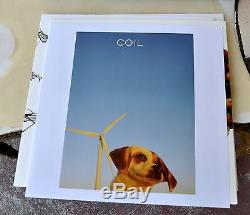 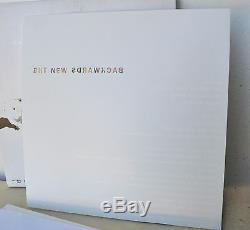 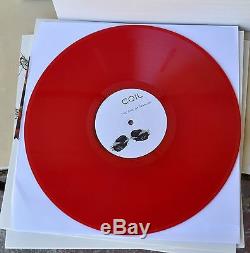 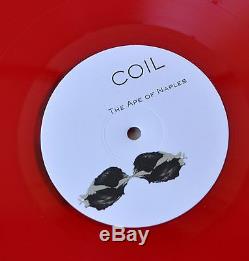 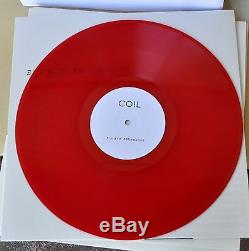 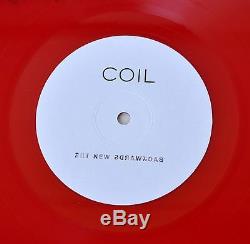 This was released in 2008, as a limited edition box set, of 300 copies, pressed on 180 gram red vinyl. There are 3 single-sided discs (for Ape Of Naples), with different etchings on each of the reverse sides.

The New Backwards is double sided. Each disc has its own printed sleeve, and there is also a folded insert with lyrics and production information (for the Ape of Naples). This set is particularly rare, not just for the red vinyl, but especially because it has been signed by Peter Christopherson.

Very few were signed, and I have not seen another signed set, ever! This particular copy was inscribed to Mark (Shelley), who was running the Coil and TG store for Peter for a time. The inscription could easily be rubbed out, by using a soft cloth with some methylated spirits - this would then just leave Peter Christopherson's signature.

And while I did consider doing this, I decided not to, as the inscription establishes provenance, and has a significant association. It also helps to establish that this is a real and genuine signature, and not a forgery. But as I say, the inscription can easily be removed - for those who do not like inscriptions; and prefer objects that are just signed. Vinyl has been played once, and is near mint. The record sleeves are also near mint.

The box is also in excellent condition, with only some minor production flaws (like glue creases), which were common with most of the boxes. This is a lavishly produced, and very important COIL release. Do not miss out on this rare opportunity, this is the only signed copy of this box set, that I have ever come across.

Careful What You Wish For. Paint Me As A Dead Soul.

Princess Margaret's Man In The D'Jamalfna. Cliff Stapleton (tracks: A1 to E3).

Check out my other items. I have other COIL and COIL-related rarities, which I have currently listed, and will be listing.

I also have the original CD release of Visitors (which has also been signed), as well as Art Editions of the Wounded Galaxies.... CD available, as well as other artworks, prints & rare releases by Ossian Brown, Cyclobe & COIL. I also have other rare limited edition prints available by Current 93, including the sister print to this one: "I Arose As Aleph, The Speller, The Killer", as well as numerous posters, and other signed prints.

I also have a number of prints by Cyclobe, Nurse With Wound, COIL, etc. And also prints released by Three Hands Press, including Daniel Schulke's "The Theriomorph", a larger-scale letterpress print, and also have a number of the last remaining high quality prints of Andrew Chumbley's. I also have numerous rare & out of print book titles, currently listed, with more to come. Be sure to add me to your favourites list. And Check out my other items. I will be listing many other Rare & hard-to-find books, artworks and many other items of interest. The item "Coil Ape Of Naples/ New Backwards Signed Peter Christopherson Red Vinyl 4xLP Box" is in sale since Monday, April 11, 2016. This item is in the category "Music\Records". The seller is "reix718" and is located in Belfield, NSW. This item can be shipped worldwide.