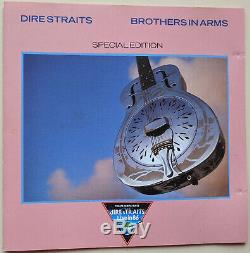 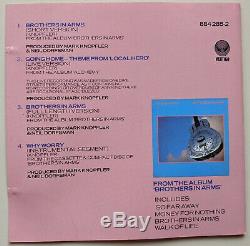 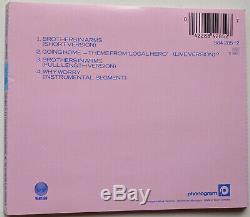 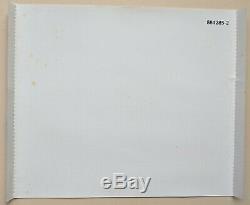 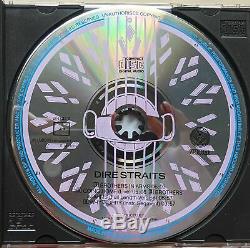 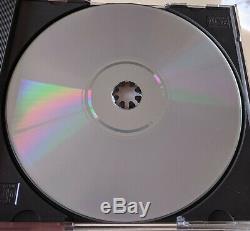 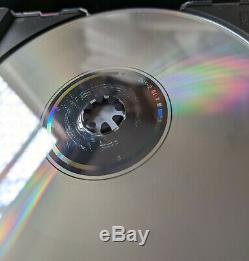 In 1985, Vertigo, a sub-label of Phonogram, issued the worlds first CD single in Europe to promote the landmark Dire Straits album Brothers in Arms and the resulting world concert tour. The four-track single featured long and short versions of the albums title track, a portion of Why Worry from Brothers in Arms, and Going Home, a solo hit by Mark Knopfler. This CD single was released in conjunction with the concert tours sponsor, Philips, a co-inventor of the CD format with Sony. The Brothers in Arms CD single was pressed in West Germany by Polygram and was released under Vertigo catalog number 884 285-2. Two variations of the CD single were released.

The variations are marked by a subtle difference on the front cover. The first version has a concert tour date of 1985 in a blue triangle. As the concert tour extended into 1986, the cover was modified with the new date, and the appearance of the triangle was improved with additional colors. In 1986, another CD-single of Brothers in Arms was released, strictly limited to 200 copies if reports are to be believed. Both the 1985 and 1986 discs are identical, right down to the catalogue number (884 285-2).

The only difference between the two is the Philips logo on the front of the CD inlay and the 1986 version is slightly darker pink coloured. The Live in'86 has a coloured logo, and the Live in'85 is simply blue and white. It has been reported variously that 200 or 500 copies of each version were released. While the numbers cannot be verified exactly, there is certainly no question of the rarity of both.

This item is in the category "Music\CDs".australia" and is located in Brisbane, QLD. This item can be shipped worldwide.