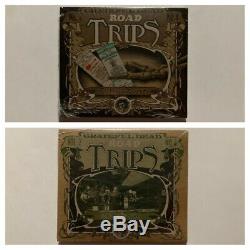 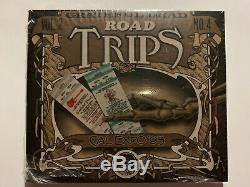 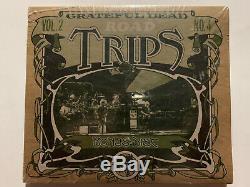 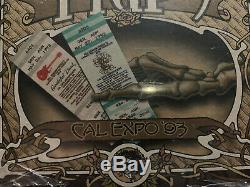 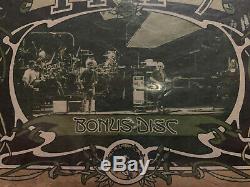 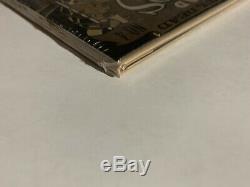 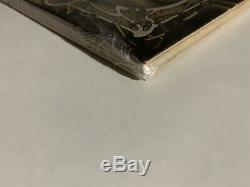 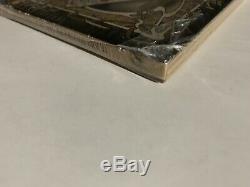 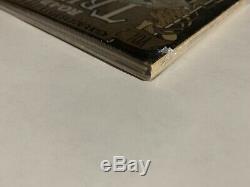 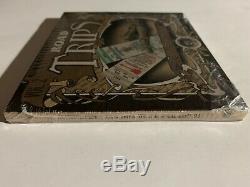 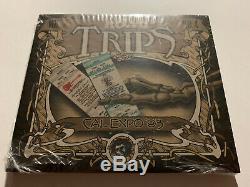 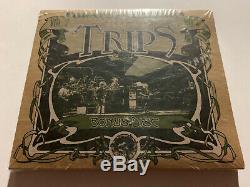 NOTE: I will consider reasonable offers if you will please send me a message so we can figure out a deal that works for us both! For your consideration is this brand new factory sealed Grateful Dead Road Trips Volume 2 Number 4. This set includes the very rare bonus disc, which is essential, as with it, you have the full May 26, 1993 concert, with added bonus selections from the following day.

This complete set is is in brand new factory sealed condition. Ive included photos of all four corners to show they are excellent and not dented.

Please scroll down for release info from deadnet below. Below that is the track list, and below that is a review of this release. It is a worthwhile read.

Please checkout all of the photos of the actual items you will receive. This is latter live Dead from 1993 and is a must have in every live GD music collection!

These were some rockin shows! I will consider an offer is you want to send me a message so that we may discuss it.

Please look at all the photos of the actual item for sale. Please ask any questions you may have, I will get back to you asap.

Please checkout my other listings for more Grateful Dead and related treasures. If you were ever lucky enough to attend a Grateful Dead concert at Cal Expo Amphitheatre in Sacramento, you already know that it was one of the cooler places the band played in the 80s and 90s, as special in its own way as more celebrated venues. Cal Expo was essentially a big grass field with simple grandstands in the back, nothin fancy, but a truly wonderful place to hang with your friends and hear some great music. The Dead played 25 shows there from 1984 and 1994, most of them outstanding, and for our new Road Trips release weve dug into the vault and pulled out the best of the storied May 1993 run for your listening and partying pleasure. The heart of the new release is the second set of the 5/26/93 show, which includes excellent versions of Box of Rain and Crazy Fingers before launching into a Playing in the Band for the ages.

Many Dead Heads agree that its one of the finest modern versions; certainly it is the last sextet firing on all cylinders, as they take the jam to all sorts of exciting realms over the course of nearly 19 minutes! The back side of the set features a triumphant reprise of the Playing and an emotional China Doll, among other delights. That show featured fine versions of a couple of the new songs of that era, too: Corrina and Liberty.

Also from the 26th are first set gems such as Samson and Delilah and Here Comes Sunshine, and from the following (5/27) show weve plucked Shakedown Street, High Time, When I Paint My Masterpiece and a couple of others. The limited edition Bonus Disc, sent gladly to all you early bird orderers, offers lots more from the 5/26-27/93 shows, including the cream of the 5/27 second set-the unusual (and very strong) opening pair of Picasso Moon and Fire on the Mountain, and then the unique sequence of Cassidy into Uncle Johns Band back into Cassidy; classic GD, never repeated! Youll also find the dynamite Gloria encore from that show, as well as a beautifully rendered Broken Arrow and other tracks.

As always, engineer Jeffrey Norman has taken the master tapes and brought them up to impeccable HDCD specs, and the package includes a beautiful and informative booklet with photos and an essay about the shows. You can find the particulars of whats on all three discs below. So order your copy today!

As the title suggests, the release is taken from the venue Cal Expo, which is located in Sacramento, CA; two of the three evenings they played there. Most of May 26, 1993, the middle evening is included, and with the bonus disc, the whole show is delivered. Plus some great musical moments from the May 27 show are included. A few rare items to note.

Up to its release, this is the first live Grateful Dead release of "Corrina, " (it's on some Weir solo releases), and "Here Comes Sunshine" in the modernized rendition debuts. The song "Liberty" is on So Many Roads, and Phil's solo album, There and Back Again, but this is the first time it's within a Grateful Dead concert context. A few notes on rarities are the bonus disc too. Personally I don't listen to a lot from this Grateful Dead era.

I'm not the biggest Welnick fan, but he does more than hold his own, especially on songs like "Walkin' Blues, " "The Same Thing, " and "Around and Around, " this is actually a really a good version of the Chuck Berry cover. Beside Vince, the rest of the band have musical contributions to discuss. Phil is well represented, and makes his presence felt, the drummers come through dynamically and with power, Bobby adds sounds both when you expect them and don't in his usual clever ways. His guitar contributions are up to speed, but vocally, Jerry's voice is a bit aged, but has that gentle sound of lived wisdom and empathy. And his inflections are so necessary when they perform his songs. The discs open with some highlights from set one. A rare first set "Samson and Delilah" displays Phil quite nicely and the band is sharp and commanding. The remake of "Here Comes Sunshine" is OK.

It displays Vinces ability to hit the high notes. The set closer "Deal" is well above average. The second set begins with Box of Rain, and its a great later version. Jerry lays down a sweet passage and Phil walks all over it with his incredible bass lines, such simple interactions make such beautiful sounds.

Isn't that why we love Grateful Dead music? Throughout the second set the song transitions are tight. When Playing in the Band appears, it is very impressive. This one is long and shows they could still create and jam on the fly.

The second disc starts post "Space" with "Corrina, " that leads to the conclusion of Playing in the Band Reprise. Jerry sings a beautiful "China Doll", but the rockin "Around Around" nearly tops it. To round out the disc, there are five songs from their May 27th performance. Notably, "Shakedown Street" has no shortage of enjoyable musical interactions during the jam section, a definite release highlight. Also, "When I Paint My Masterpiece" is performed exquisitely.

There's nothing wrong with the version of "The Same Thing" but it sounds like the same thing as "Walkin' Blues, " which is on disc one. Between the two, I easily preferred "The Same Thing, " primarily because I like Vince's parts more, but Phil is all over this too. The sound of the recording is quite excellent.

Even in they're later days! All in all, this is a very good package of latter day Grateful Dead. 4: Cal Expo'93 is absolutely excellent.

The band has a great vibe going throughout! There are some sequences of songs that are new to me.

The missing ending of "Cassidy" is delivered in brilliant fashion. This is better than anything on the featured show, it pays to get your orders in early. The rest of the disc is really good too. It opens with a "Picasso Moon" played with real energy > Fire on the Mountain. " Phil sings us "Broken Arrow, the first Grateful Dead version to be released.