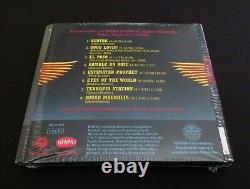 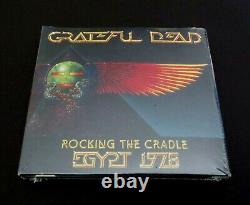 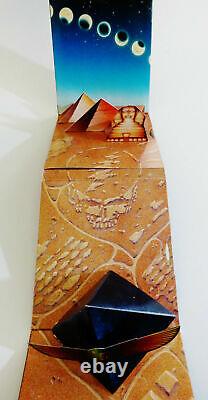 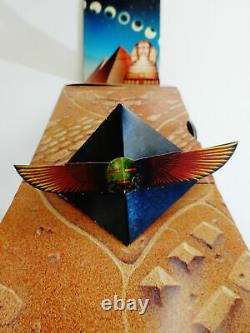 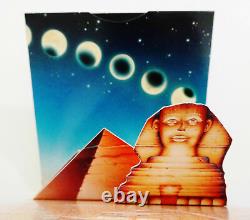 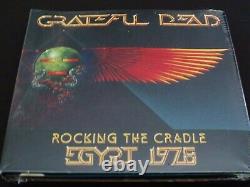 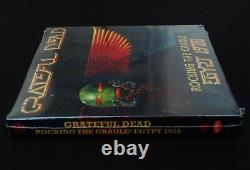 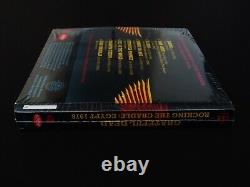 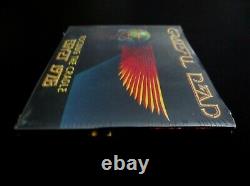 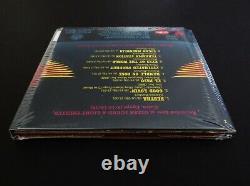 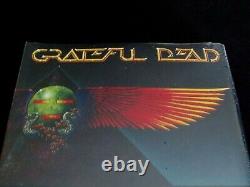 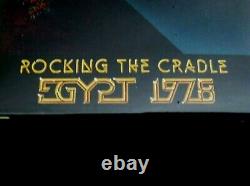 This is one of the coolest Rhino releases for the Grateful Dead, in my personal opinion -- Two (2) CD's are offered from this Monumental! Grateful Dead September'78 Egypt run... & the One (1) DVD is simply WoW! Basically offering the enjoyment of watching a Grateful Dead home video!!! - and last but not least... As the Egypt 1978 Rocking The Cradle " Bonus Disc CD " (1-CD) which was released exclusively only! With Pre/Early-Orders of this 2008 release is' Also-Included'! 4-Discs in Total 3 CD! As here indeed is the tale-of-the-tape on this Fantastic! Grateful Dead " Egypt'78 " release. This 30th Anniversary (1978/2008) " Special Edition " 2-CD / 1-DVD Set features Audio highlights from the Historic G. Shows at Egypt's Great Pyramid - and Pristine HDCD Sound from Original 24-Track Tapes - DVD Includes Extremely Rare Concert Footage - Behind-The Scenes Home Movies - and 5.1 & Stereo Mixes. And last but not least -- (and probably most important to CD & Grateful Dead " Collector's ") >>> this set is also the " Special Edition " Pre-Order/Early released Disc Set which offers the Pop-Up! (Fold Out) Pyramids & Sphinx Case-version!!!!!

Just check out the Photos provided - to see how this Case Pops-Up! As this particular Set here the 4-Disc Set!

Grateful Dead Rocking The Cradle Egypt 1978 Set!!! In essence, this is the Audio " Disc 3 (CD) " that only some / few people were able to get when this set was 1st released in 2008. This one in my personal opinion... For any & every G. Not only because there is some serious " lay it all out " Magic!

Egypt'78 was indeed a complete no brainer for a pro-release, due to it's obvious-importance to both the Band, and Dead Fans everywhere!! Sound quality that is un-matched - like many of us may, or may even not have ever dreamed!! From almost all sources that I had ever heard of this run up until this point (in 2008), I wasn't certain this one would be a true candidate for a pro-release, or not? As I just wasn't sure enough' quality / useable' tape was available??

Please see all photos provided. Photos included are of the actual item you will receive. The Grateful Dead " Egypt'78 "! The " Special Edition " Pop-Up Set & " Deluxe Edition "...

The photos included of the " Special Edition " Pop-Up! Pyramids & Sphinx (photos #3 through #5) are from another' opened' Set - and are included so you can easily view what this Pop-Up " Rocking The Cradle Egypt 1978 " scene looks like inside this brand new factory-sealed 3-Disc (2-CD / 1-DVD) Set offered here. This item is in the category "Music\CDs".