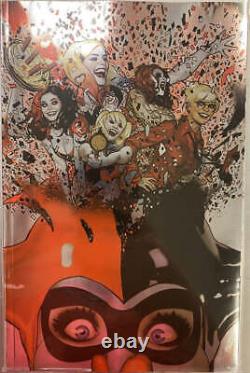 Don't make me do this. You're not going back to... Comic book will be in new unread and in stated condition. Cover may be slightly different than shown as in trade dress or UPC code or colors.

This item is in the category "Collectibles\Comic Books & Memorabilia\Comics\Comics & Graphic Novels". The seller is "mmcomics" and is located in this country: US.