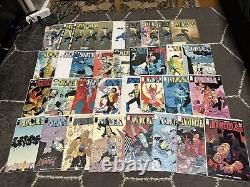 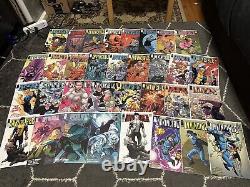 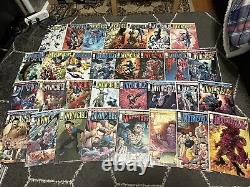 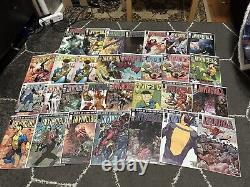 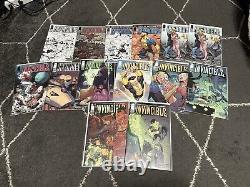 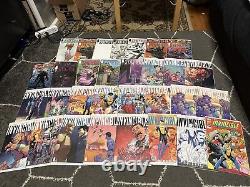 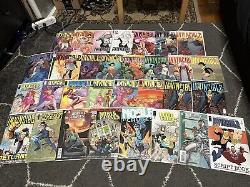 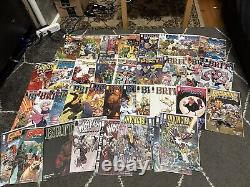 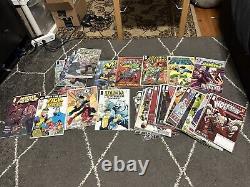 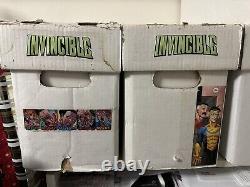 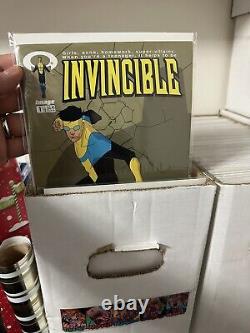 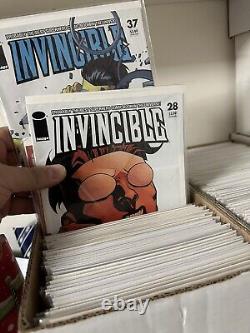 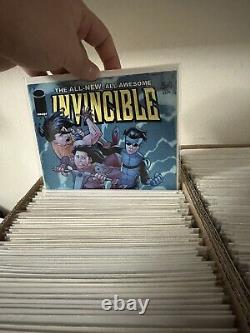 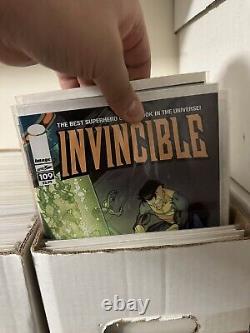 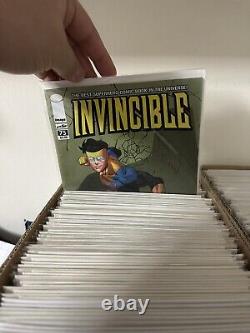 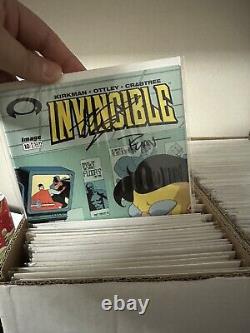 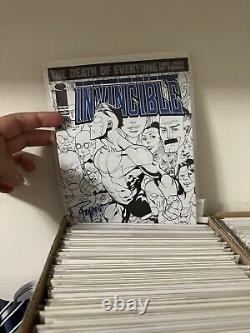 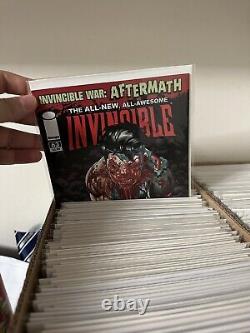 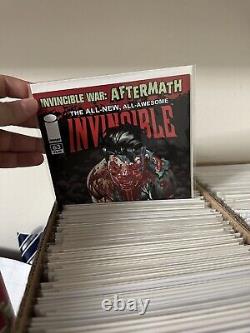 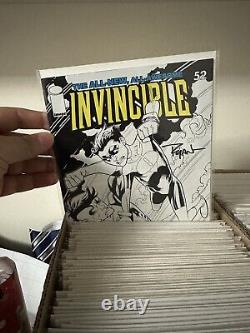 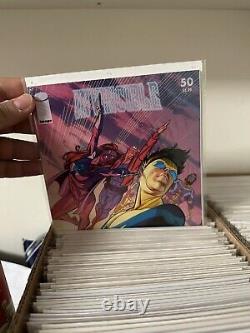 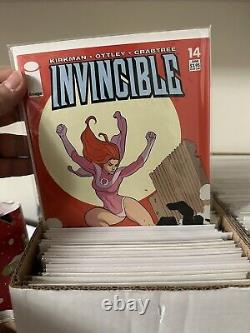 This is Robert Kirkman's Invincible, issues 1-144. A complete set with almost every single variant released during the book's run. The collection includes a full run from 2003 to 2018, and other comics featuring Invincible characters appearances, such as in the Savage Dragon, Noble Causes, PVP, Chew, Capes, and more. Please take the time to read the list, as I have carefully gone through every single issue to list details and for inspection. Some issues are signed, but no certification. I live in NYC and had the honor to meet many artists at NYCC and had the opportunity to have them signed myself. All comics are bagged and boarded, I collected these as the issues were coming out, so some of them were picked by yours truly. I will consider offers, but please be kind and patient. If you would like to see a photo of a specific Issue, feel free to message me and I will be happy to send it to you.

I have listed my comics as "VF". These comics have been hand-picked by me from comic book shops as I used to be an avid collector. They will be going to you from an adult collector's home. I try to be as honest as possible regarding the condition of my items. Please ask before making an offer to avoid any misunderstandings.

I will make sure all comics are well protected and that they arrive safely. Check out my other items for more comics and collectibles! This item is in the category "Collectibles\Comic Books & Memorabilia\Comics\Comics & Graphic Novels". The seller is "hay52" and is located in this country: US.