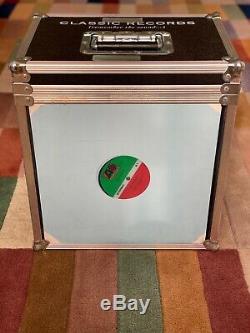 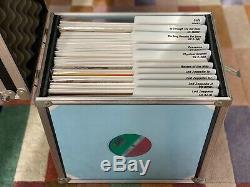 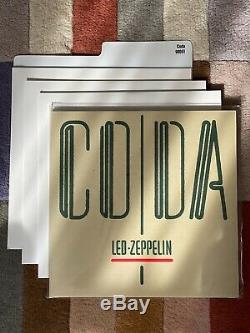 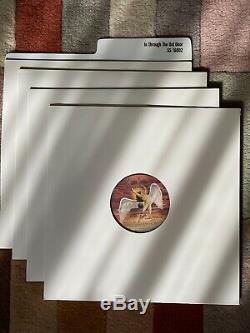 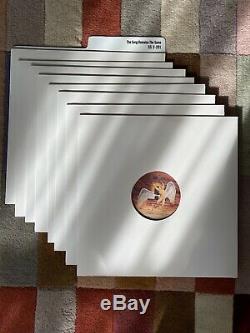 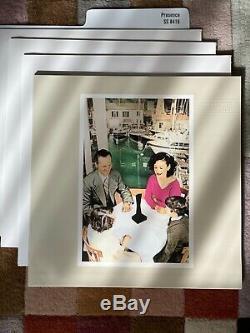 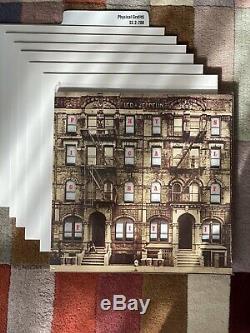 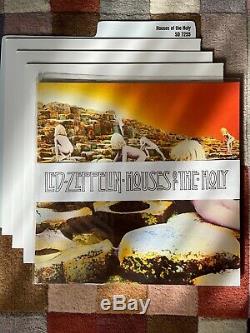 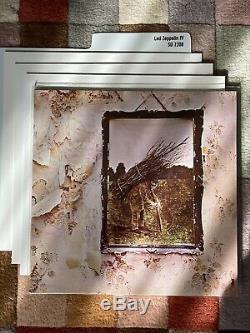 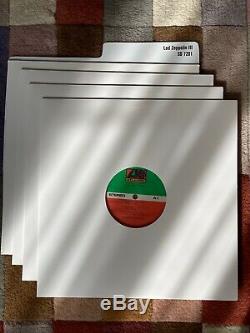 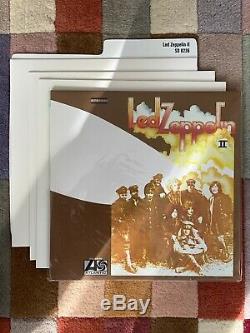 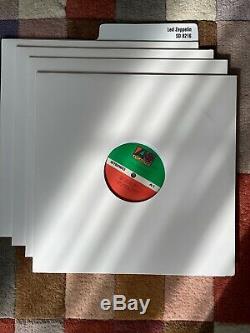 Led Zeppelin Road Case 48 single-sided 200gram Classic Records 45-RPM Box Set. I bought this box set box set when it came out years ago to use in a photo shoot I was working on. After the photo shoot was over I collected the records they were never played just used as props.

Some of the original jackets went missing. The records have been in storage for 10 years and will need a deep cleaning.

I checked visually, no scratches but they do have sum dust. I have taking photos of the box set, as you can see there are 4 Record Jackests & All the white sleeves have been replaced. THis was all before it was put in to storage.

I do feel this will make a great addition to record collection or the ultimate gift to a Record collector - Audio file - Music lover. The Classic Records Led Zeppelin 45-RPM Box Set consists of 44 single-sided 12-inch records housed in a special Classic Records Road Case. The titles include Led Zeppelin I, II, III, IV, Houses of the Holy, Physical Graffiti, Presence, In Through the Out Door, The Song Remains The Same and Coda with each spread out over either four or eight sides depending on whether the original LP was a single or double. These 45-RPM sides were cut at the same time as the 33-RPM discs and as such DO NOT represent a remastering that is different from the 33-RPM LPs approved by the band. Further, there is no additional artwork or extra recorded material of any kind. Each title has an art jacket that is the same as used on the 33-RPM releases with the additional 45s in white jackets. Original label art by title is the same as used on the 33-RPM releases as well. All records are pressed on Classic's proprietary 200-gram Super Vinyl Profile. Well, besides the ultra-cool box, 45 reveals all the nuances that are impossible to retrieve at 33. Think of the lathe as it is cutting a lacquer. The cutter head doesn't know what speed the platter is spinning as the cutter blindly moves up and down, back and forth carving the grooves. The difference is that at 45 RPM, the same signal is imprinted over a longer distance and hence the "stretched" out groove is easier for a cartridge to traverse which allows the cartridge to give a better read on what is carved.

The sonic difference is quite remarkable. Rest assured, you have never heard "Stairway to Heaven" until you've heard it at 45 RPM.

This is as close to the master tape as we are able to get with an LP. Babe I'm Gonna Leave You. Your Time Is Gonna Come. I Can't Quit You Babe.

What Is And What Never Should Be. Since I've Been Loving you. Hats Off To (Roy) Harper. The Song Remains the Same. Over the Hills and Far Away. In My Time Of Dying. Nobody's Fault But Mine.

The Song Remains The Same. In Through the Out Door. I Can't Quit You Baby. The item "Led Zeppelin Road Case 48 single-sided 200gram Classic Records 45-RPM Box Set" is in sale since Thursday, November 21, 2019.

This item is in the category "Music\Records". The seller is "donfico" and is located in New York, New York. This item can be shipped to United States.