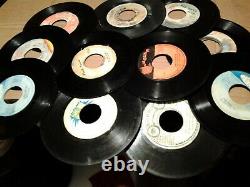 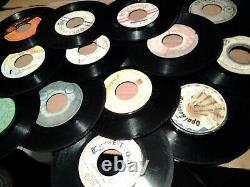 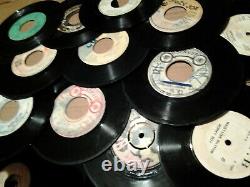 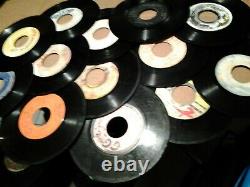 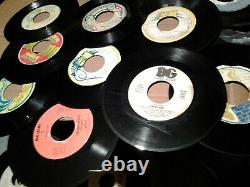 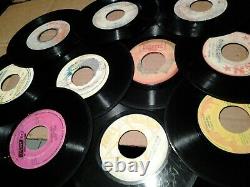 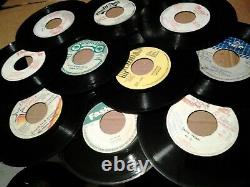 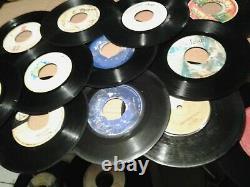 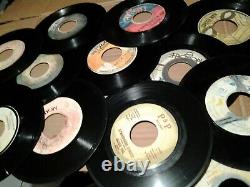 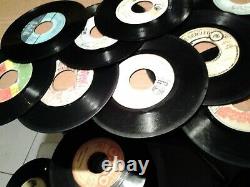 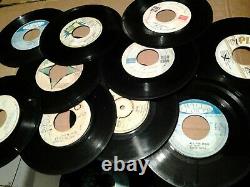 Often rumored but rarely seen, Mint should never be used as a grade unless more than one person agrees that the record or sleeve truly is in this condition. NEAR MINT (NM OR M-) A good description of a NM record is it looks like it just came from a retail store and it was opened for the first time. In other words, its nearly perfect. Many dealers wont use a grade higher than this, implying (perhaps correctly) that no record or sleeve is ever truly perfect. NM records are shiny, with no visible defects. Writing, stickers or other markings cannot appear on the label, nor can any spindle marks from someone trying to blindly put the record on the turntable.

Major factory defects also must be absent; a record and label obviously pressed off center is not Near Mint. If played, it will do so with no surface noise. NM records dont have to be never played; a record used on an excellent turntable can remain NM after many plays if the disc is properly cared for.

NM covers are free of creases, ring wear and seam splits of any kind. NOTE: These are high standards, and they are not on a sliding scale. A record or sleeve from the 1950s must meet the same standards as one from the 1990s or 2000s to be Near Mint!

Its estimated that no more than 2 to 4 percent of all records remaining from the 1950s and 1960s are truly Near Mint. This is why they fetch such high prices, even for more common items.

VERY GOOD PLUS (VG+) or EXCELLENT (E) A good description of a VG+ record is except for a couple minor things, this would be Near Mint. Most collectors, especially those who want to play their records, will be happy with a VG+ record, especially if it toward the high end of the grade (sometimes called VG++ or E+).

VG+ covers should have only minor wear. A VG+ cover might have some very minor seam wear or a split (less than one inch long) at the bottom, the most vulnerable location. Also, a VG+ cover may have some defacing, such as a cut-out marking. Covers with cut-out markings can never be considered Near Mint.

Very Good (VG) Many of the imperfections found on a VG+ record are more obvious on a VG record. VG records have more obvious flaws than their counterparts in better shape.

They lack most of the original gloss found on factory-fresh records. Groove wear is evident on sight, as are light scratches deep enough to feel with a fingernail.

When played, a VG record has surface noise, and some scratches may be audible, especially in soft passages and during a songs intro and ending. But the noise will not overpower the music otherwise. Minor writing, tape or a sticker can detract from the label. Many collectors who have jukeboxes will use VG records in them and not think twice.

They remain a fine listening experience, just not the same as if it were in better shape. Ring wear in the middle or along the edges of the cover where the edge of a record would reside, is obvious, though not overwhelming. Some more creases might be visible. Seam splitting will be more obvious; it may appear on all three sides, though it wont be obvious upon looking. Someone might have written or it or stamped a price tag on it, too.

Good (G), Good Plus (G+) or Very Good Minus (VG) These records go for 10 to 15 percent of the Near Mint value, if you are lucky. Good does not mean bad! The record still plays through without skipping, so it can serve as filler until something better comes along. But it has significant surface noise and groove wear, and the label is worn, with significant ring wear, heavy writing, or obvious damage caused by someone trying to remove tape or stickers and failing miserably. A Good to VG cover has ring wear to the point of distraction, has seam splits obvious on sight and may have even heavier writing, such as, for example, huge radio station letters written across the front to deter theft.

If the item is common, its probably better to pass it up. But if youve been seeking it for a long time, get it cheap and look to upgrade. POOR (P) and Fair (F) Poor (P) and Fair (F) records go for 0 to 5 percent of the Near Mint value, if they go at all. More likely, they end up going in the trash.

Records are cracked, impossibly warped, or skip and/or repeat when an attempt is made to play them. Covers are so heavily damaged that you almost want to cry. WE ARE EZ TO TALK TO AND COMMUNICATE IN EVERY LANGUAGE. RESPONSE TIME IS 1-2 HOURS. The item "Lot of 135-BIG Artists-Variot Labels-Ska/Roots/Rocksteady/Reggae-1960-70s-G+VG+" is in sale since Friday, November 27, 2020.

This item is in the category "Music\Records". The seller is "customlineauto" and is located in Spanish Town. This item can be shipped worldwide.