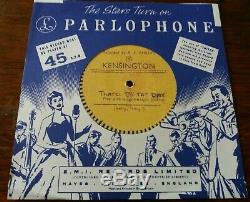 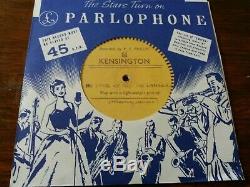 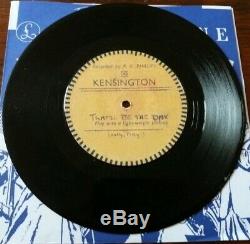 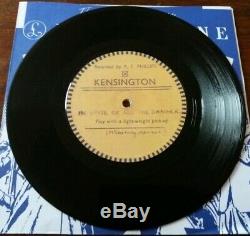 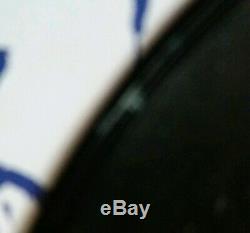 According to various sources, among others an article published by The Guardian and written by Tom Horan in November 2012, Paul McCartney bought from John Duff Lowe the original acetate in 1981. The acetate was taken to Abbey Road and was restored, removing pops and clicks. A small private pressing on thick vinyl of approximately 50/55 copies was made. 20/25 10 inches 78 rpm and 25/30 7 inches 45 rpm (this listing refers to the latter). The labels were an accurate reproduction of the original, with no mention of The Quarrymen. Each pressing was then housed in a reproduction of a die-cut Parlophone sleeve. As with all acetate replicas this is not meant to be played. It has a tiny centre hole that a spindle will not fit through. The last photo shows a 1/4" split, only visible from the "That'll Be The Day side. There are a few light markings (not scratches) on both sides of the vinyl. Matrix / runout: (All etched) AMS 7348A1 (with) MN-1-A1 POLICE A1 (both scratched out). Matrix / runout: (All etched) AMS 7348B1 (with) MN-1-B1 POLICE B1 (both scratched out). An amazing piece of memorabilia, that will only spiral upwards in value over the coming years, and the closest anyone will ever get to owning the real thing.